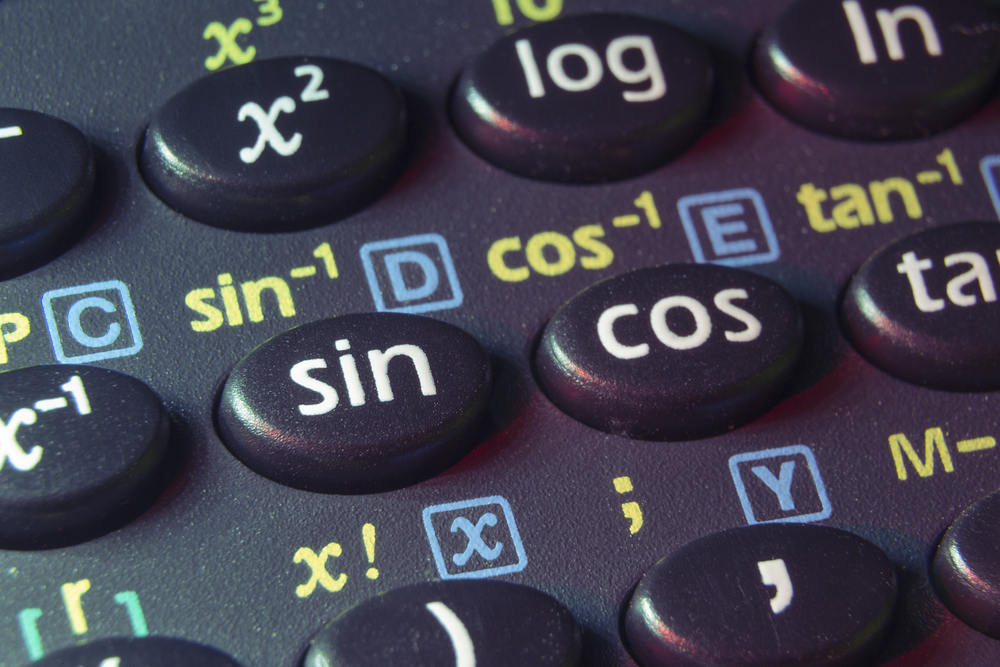 Trigonometry is concerned with the measurement and calculation of the lengths of sides and the sizes of angles of triangles. There are three basic ratios called the sine, the cosine and the tangent of the angle. These are abbreviated to sin, cos and tan.

Greek letters are often used to stand for angles in triangles.

There are several methods used for finding angles and sides in right-angled triangles. You may have been taught and use a different one to that shown below. They all produce the same answers if done correctly!

For example, some people call the opposite side, the separated side and the adjacent side, theconnected side.

For a right-angled triangle:

These can be rearranged to:

The trigonometric ratios are also known as circular functions and the sine, cosine and tangent of any angle, positive or negative can be found.

The sine, cosine and tangent ratios are the same for a particular angle regardless of the size of the triangle.

The ratios can be found using a calculator or from trigonometric tables.

Most calculators have trigonometric function keys. These will give the sine, cosine, and tangent of an angle as well as the inverse of these functions. These decimals will be given to a large number of significant figures, which will often need to be rounded off (4 significant figures is usually accurate enough).

e.g To find sine 53° on a typical scientific calculator, press

The other trigonometric buttons are

Care must be taken to ensure that the calculator is set to work in values in degrees (DEG), as there are other ways of measuring angles such as radians (RAD) and gradians (GRAD). Use themode button to change these settings.

Before the days of calculators, everyone used printed tables giving the trigonometric ratios and these can be used if you do not have a calculator available. These tables give the ratios for angles from 0° to 90° to four or five significant figures, with angles being given to 1 decimal place.

The sides and angles of right-angled triangles can be found using the trigonometric ratios. For each problem the information given should be written down and substituted into one of the ratios, which can then be solved as an equation.

Remember to use Pythagoras' Theorem if only sides are involved. The final answer should be rounded off to a similar degree of accuracy to that given to measurements in the question.