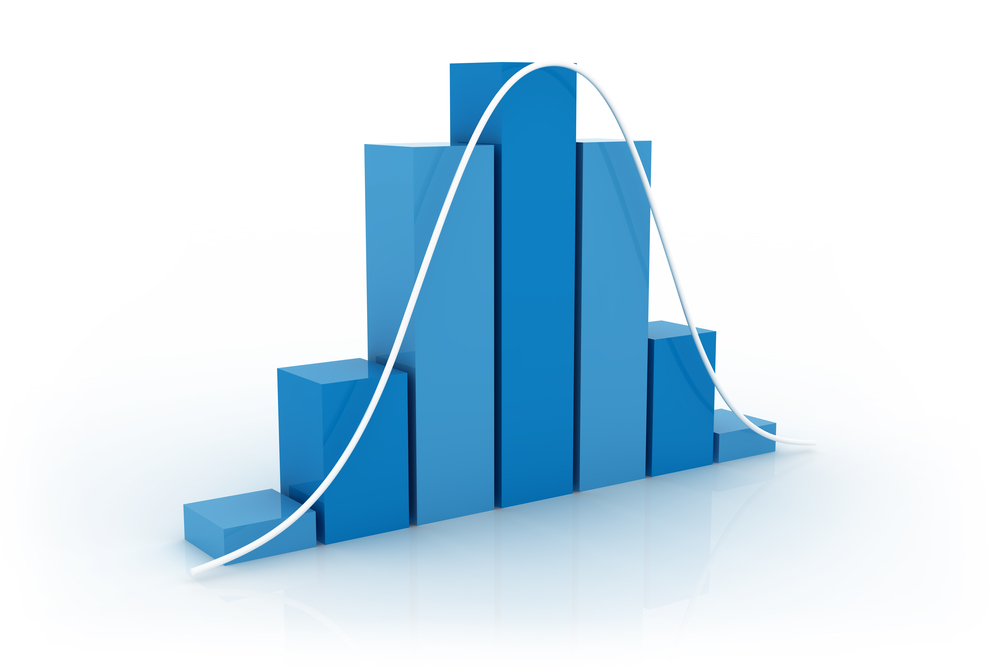 The histogram or bar graph of many frequency distributions is often shaped like a bell around the middle values.

As the width of each bar is made smaller and the size of the sample increases a smooth bell-shaped curve results.

A normal distribution and normal curve are symmetrical about the mode, median and mean.

Many distributions in real life are approximately normal distributions. e.g. Heights and weights of a large group of people, lengths of leaves on a tree, number of peas in a pod etc.

The standard deviation gives a measure or the spread of the values around the mean.

The first normal curve below has a bigger standard deviation than the second.

Data associated with a normal distribution has the following features.

Tables and calculators are available to find the probabilities associated with any position on astandard normal curve. A standard normal curve has a mean of 0 and a standard deviation of 1. The values from a distribution are changed to standard scores or z-scores using the formula:

This formula works out the number of standard deviations that a particular value is away from the mean. The probability associated with this z-score is then looked up in tables.

Finding Probabilities given a z-score

Below is a section of the Standard Normal Tables. For the full table click here.

Example 1 Find the probability that a value chosen at random from a distribution lies in the shaded areas below.

The tables only cover positive values of z but the graph is symmetrical and probabilities are always positive.

Example 2 Find the probability that a value chosen at random from a distribution lies in the shaded area below.

For a real-life problem the values given have to be standardised and converted to z-scores. Sketches of the normal distribution may help.

The length of the life of a brand of light bulbs is normallly distributed with an average life of 18 months and a standard deviation of 4 months.
a. Find the probability that a bulb chosen at random will have a life of more than 24 months
μ = 18 months
σ = 4 months
x = 24 months

The probability that a light bulb lives longer than 24 months is 0.0668

b. The number of months that you would expect 90% of the light bulbs to last for.

Step 3 Now use the z-score formula