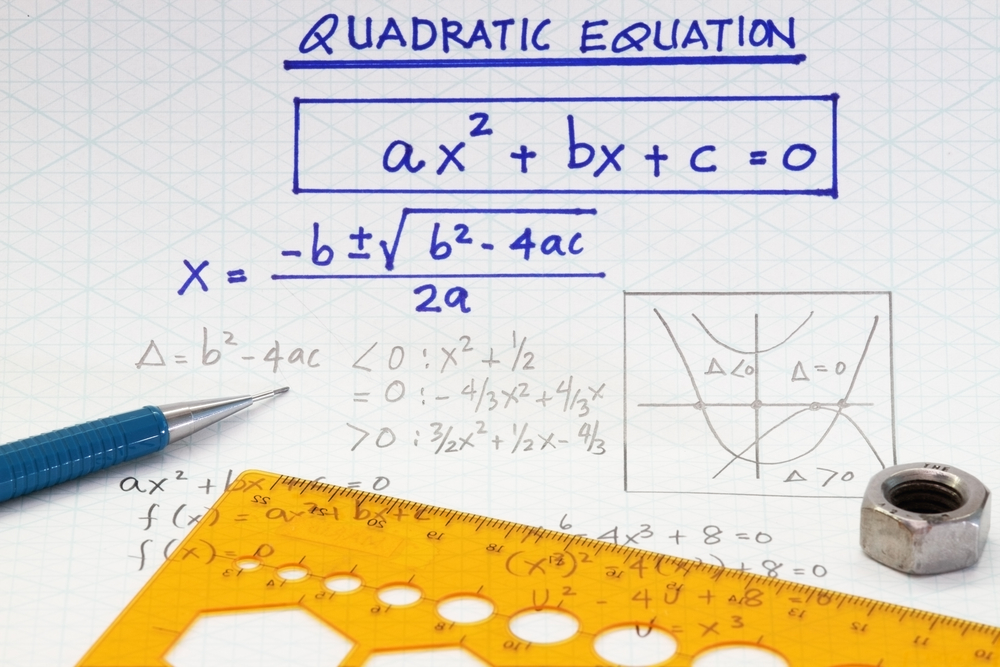 Quadratic equations have one variable and the highest exponent is 2.

Quadratic equations can have zero, one or two solutions.

There are four methods for solving quadratic equations.

Rearrange the equation so that all of the terms are on one side of the equation. Then factorise.

The method depends on the fact that if two factors multiplied together are equal to zero, then either one or both of them must be equal to zero.

By taking the square root.

Take the square root of both sides of the equation.

By using the Quadratic Formula

The solutions for the equation are the x-intercepts of the graph of the equivalent quadratic function which is a parabola.
See Topic 20

There are a range of word problems involving quadratic equations. The basic method is to:

Francis is 10 years older than Michael. The product of their ages is 600. What are their ages?