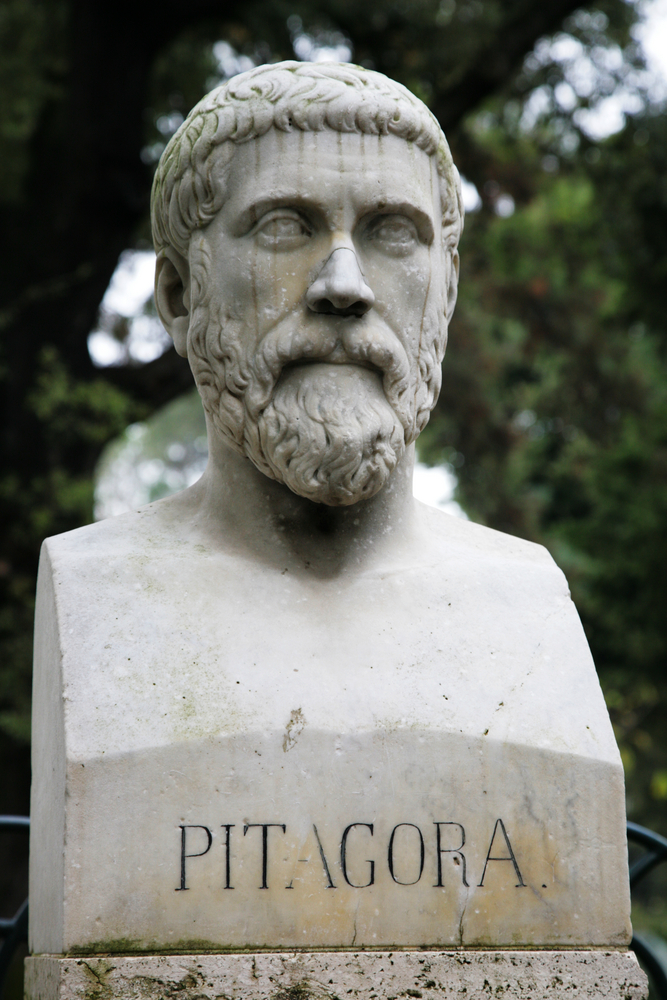 Pythagoras was a teacher in Greece about 2 500 years ago. He discovered a connection between the longest side of a right-angled triangle (called the hypotenuse ) and the other two sides.

He noticed that the area of a square on the hypotenuse was equal to the sum of the areas of the squares on the two other sides.

Pythagoras' findings are called the Theorem of Pythagoras.

It states that in a right-angled triangle the square of the length of the hypotenuse (the longest side) is equal to the sum of the squares of the lengths of the two other sides (the two shorter sides).

Note: h, the hypotenuse is always opposite the right angle.

The converse of the theorem is also true

A Pythagorean triple is a set of numbers that satisfy the Pythagoras equation, given above.